Acuto, March 4, 1834:
This was the Birthday of the Institute of the Adorers of the Most Precious Blood. 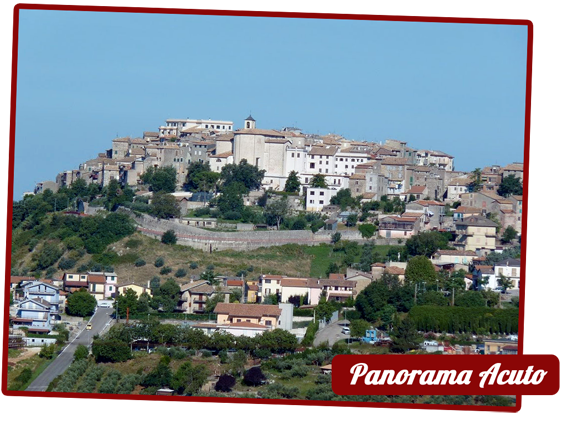 "The school was soon full and more than 100 young girls flocked there. But Casa Pilozzi was very uncomfortable and small compared to the number of students... Everything inspired poverty and indigence...
Nevertheless, the new Teacher did not become disheartened; on the contrary, she enjoyed herself in the midst of such hardships and deprivations, reflecting that this is the character of God's works...
Since Casa Pilozzi was not suitable for the School and pious works, the Servant of God decided to rent the somewhat bigger house of Arcadio Frasca, and went to live there on the 27th of June, 1834. (G. Merlini, COMPENDIO della Vita della Serva di Dio MDM, Ediz. 1868, pp. 31-32) 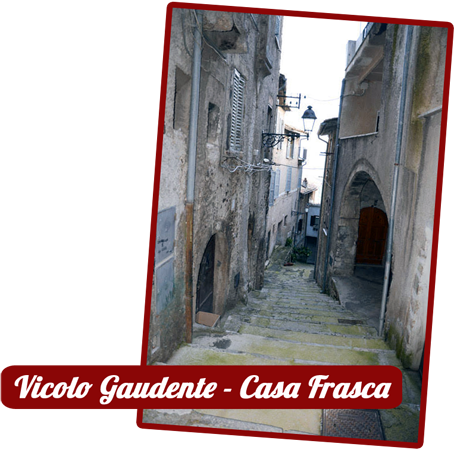 In early February 1835 Giovanni Merlini sent Anna Farrotti from Albano. Six months after the arrival of her companion Maria De Mattias celebrated with her a Congress of fundamental importance for the beginning of the Institute: it was July 5, 1835. 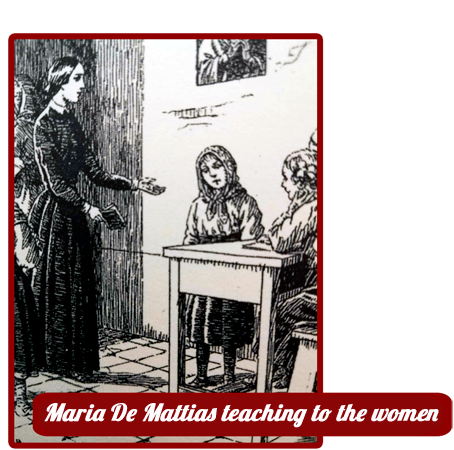 Today, in celebrating the 186th Anniversary of the Foundation of our Institute, we raise our gratitude first of all to the Lord for having raised it in the Church, and to St. Maria De Mattias, defined by Merlini as "the strong woman, the indefatigable worker, the mirror of Christian virtues, the ornament of the Church, the Foundress of the Congregation of the Adorers of the Most Precious Blood..."
And with Merlini we also say to her: "Remember us from up there. Look over your daughters and pray that the Institute you founded may always take new vigor and flourish with good and zealous religious souls.
This you obtain from God, and may this be the fruit of your sweat, hardship, and struggles."
(G. Merlini, "Elogio funebre per MDM", manoscritto originale pp.24-25) 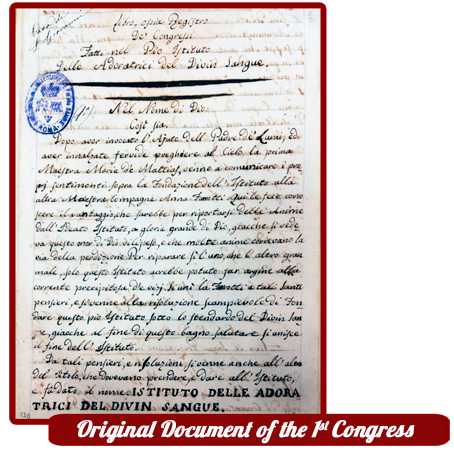 Published in News-UK
More in this category: « In Christ’s paschal mystery Festa Santa Maria De Mattias »
back to top