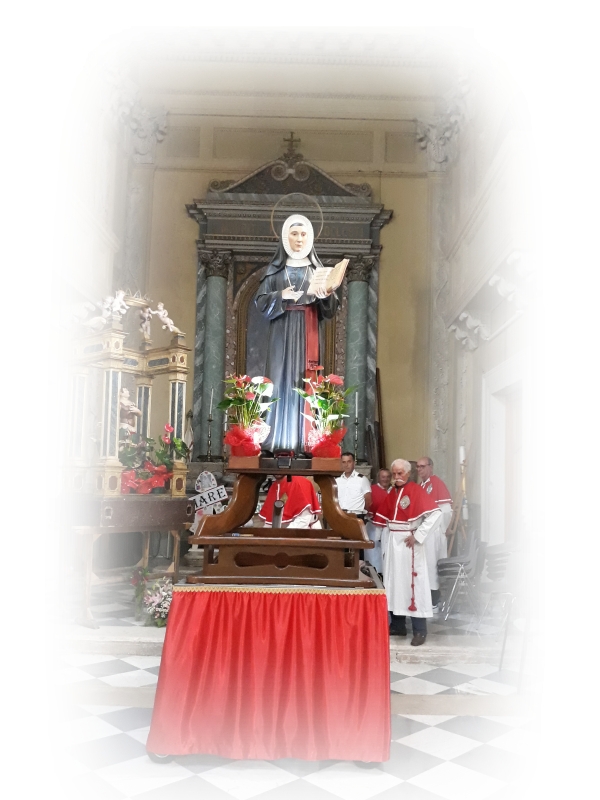 On 19 August, the occasion of the celebration of the Transit of St. Maria De Mattias, Sr. Nadia Coppa, Superior General, some members of the General Administration and of the international community joined the ASC community and the people of Acuto, with filial devotion to venerate our Foundress.
The parish priest of S. Maria Assunta, Fr. Marino Pietrogiacomo , presided at the Eucharistic Celebration Valerio Volpi, CPPS deacon gave the homily. Inspired by the symbol of S. Maria De Mattias’s shoes, he invited us to reflect on the apostolic zeal that saw her walking, without ceasing, to towns and cities so that the message of Christ's charity would reach everyone. During the procession that followed the Mass we join with her to continue to bring Christ into the world. St. Maria and the people retraced the streets and alleys of the past, known places, loved ones, places where the providence of God called her to reach the summit of holiness. The people united in devout prayer, under the guidance of Don Valerio, and of the Adorers present, expressed their faith and gratitude at the passing of the Saint in different ways: asking to kiss the relic, marking themselves with the sign of the cross as it passed or stopping in respectful silence.
At the final moment Don Valerio, referring to the scriptures (Jn 20: 1-18) commented that both Maria De Mattias and Maria Maddalena were familiar with the sepulchers, with the places of death: solitude, emptiness, stench of death, the squalor of empty tombs, the horror of spilled blood. The message of hope and life that they ran to bring has transformed those places of death into gardens of new life.
Today we too are called to recognize the places that exhale death: the closures and resistance of those who have lost hope and wander without a aim, among the elderly or the young alone or the families abandoned to their problems, the terminally ill. The experience of the Resurrection of Jesus, lived by Mary Magdalene, and by Maria De Mattias, reminds us and impels us, with the strength of charity that bring us back to life, to move to transform today's tombs into places of resurrection.
On August 20, actual day of Maria’s death, Sr. Nadia Coppa with Sr. Bridget Pulickakunnel, and some members of the international community, joined in the celebrations of the day;
At 4.00 pm, in the council hall of the municipality of Acuto, there was the award ceremony for the annual literary competition, S. Maria De Mattias, for high school students, which is promoted and sponsored annually by the municipality, and organized by the Adorers. It aims to make Maria De Mattias known to new generations. The youth scholarship awards are: Greta Cutrì, first place and following Ivan Perinelli and Veronica Bressan, who received.
The contestants were to present Maria De Mattias to some young students as a leading figure who made history in the 19th century, telling her story and  some aspects of her spirituality. At the end they were asked to summarize her life with a Hashtag.
The day ended with the solemn Mass of joy and thanksgiving in the parish Church of S. Maria. Afterwards, everyone enjoy panini provided by the adorers and the parishioners. 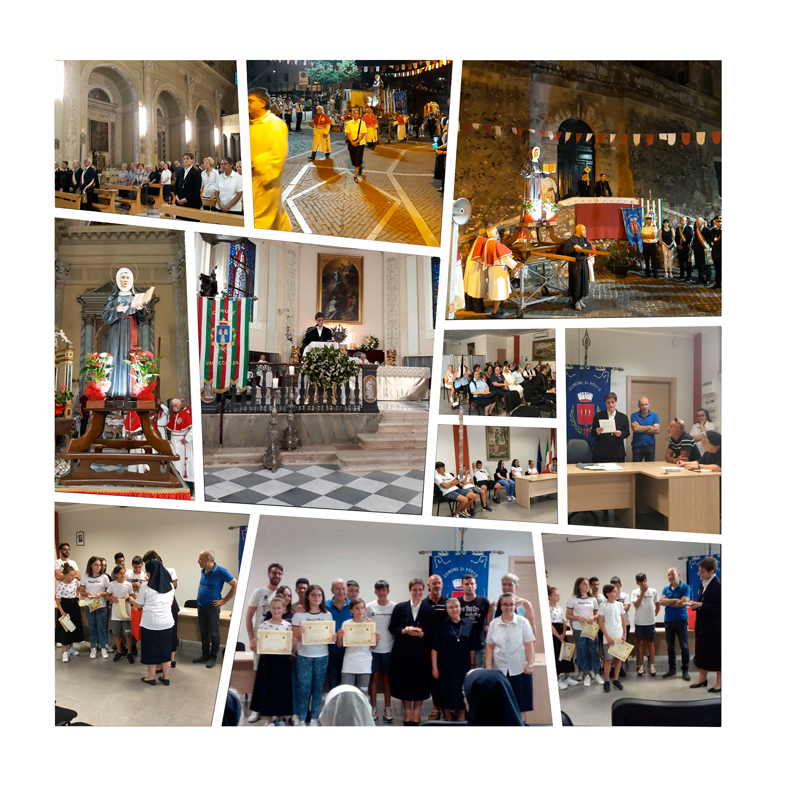 Published in News
More in this category: « The Adorers of the Blood of Christ, in Acuto, are preparing to celebrate the memory of the transit of St. Maria De Mattias, on the 185th Anniversary of the Foundation of their Congregation. Yesterday and today ... 50 years of ASC faithfulness in Tanzania »
back to top